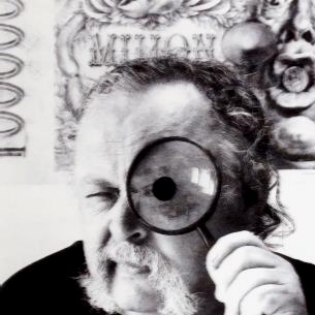 Oldřich Kulhánek was born on 26. February 1940 in Prague.  Between 1958-64 he studied at the College of Applied Art in Prague in the studio of Prof. Svolinsky. In 1971, Kulhanek was arrested by StB (Czech KGB) and accused of the defamation of representatives of communist countries in his graphic sheets from years 1968-71. Namely, it was the face of Stalin used in his graphic art. The 70s were thus marked by a total ban of exhibitions.  After the fall of the communist regime in 1989, the situation in Czechoslovakia, later in the Czech Republic has changed. Artists and the general public were finally able to travel freely. In 1990, Kulhánek visited the USA for the first time to take part in the Lithographic Workshop in Los Angeles. Since then he has been to the States many times. In 1995 f. i. he was a guest lecturer at the University of Houston-Clear Lake in Texas. Between 1992 and 1993, Kulhánek created the new Czech bank notes. 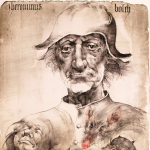 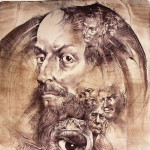 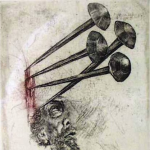 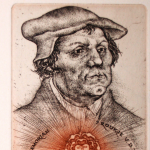 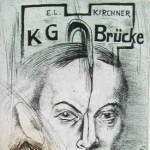 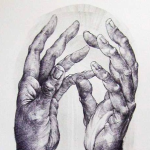 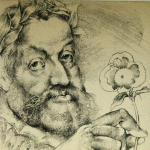 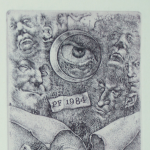 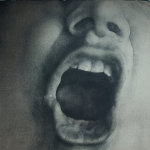 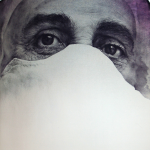 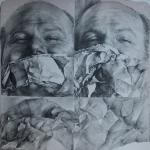 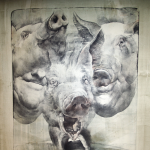 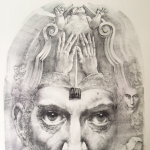